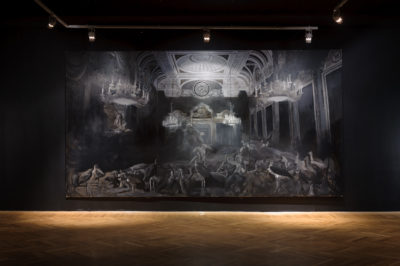 Everything that is alive must die sooner or later. This obvious conclusion can be easily made by observing the world around us. The fact that every life stretches in time towards death is a universally known truth. So I will also die, just like everyone else who lived before me. I know this and, at the same time, I cannot believe it – me, who is watching this world, me who breathes and thinks, will soon leave for emptiness and nothingness. Should I be afraid of this black hole, which I am inevitably approaching?
meditating on one’s death is associated mainly with a traumatic premonition of the end of one’s individuality. If consciousness is nothing more than the biological function of the brain, all my subjective, first-person and qualitative world of experience will eventually pop like a soap bubble. The psychic continuity which builds the sense of self will vanish forever with the last breath.
Is it possible, then, to find a way to cancel the sentence that biology has given us? The scientific community is boldly proclaiming that the “Promethean dream of medicine” will soon be fulfilled. According to some predictions, the first man who reaches immortality has probably already come into the world. Genetics is the area of ​​research in which the greatest hope is placed, but parallel solutions are being sought based on the latest digital technologies, which is explained by the installation made with a steam projector presented below. Transhumanists like Ray Kurzwail make bold predictions that the twenty-first century will be a century in which successive scientific discoveries and technological inventions will lead humanity to the so-called singularity which will force us to redefine everything that is included in the concept of humanity. Human evolution will accelerate in every possible aspect, but it will not be a biological evolution but a technological one. It is a man who will control its course using his own tools. Indeed, we are already witnessing this phenomenon.                                                      Paweł Baśnik 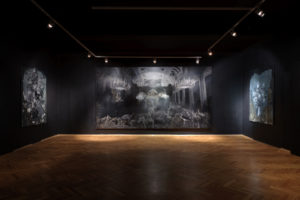 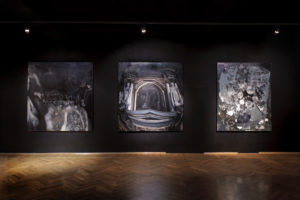 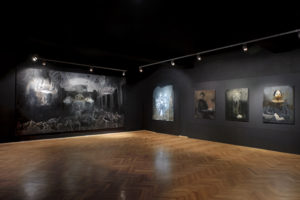 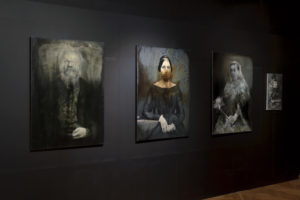 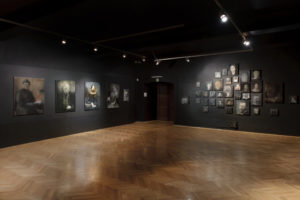 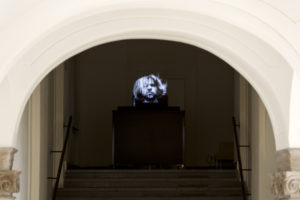 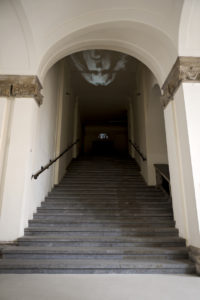