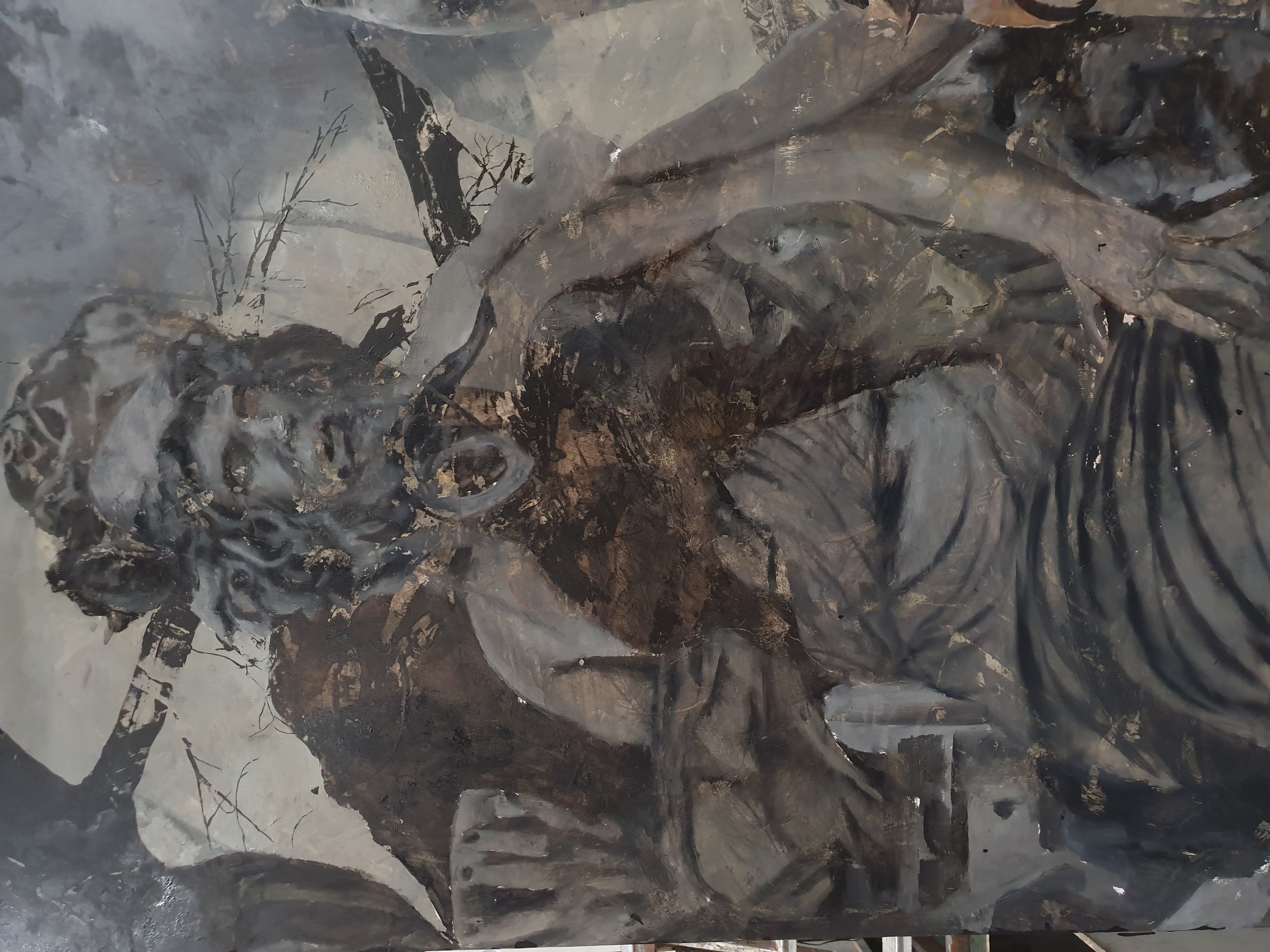 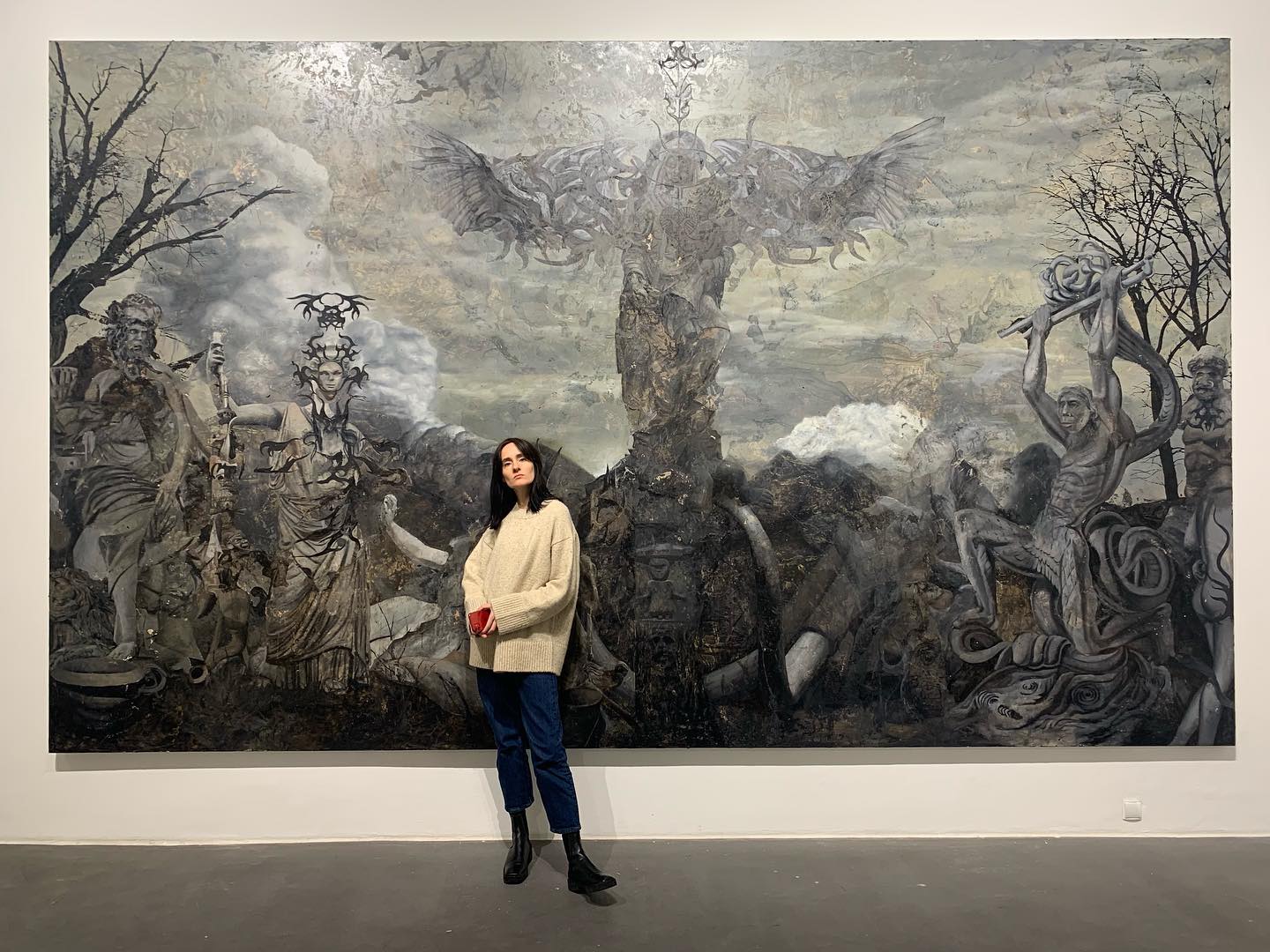 The painting “On the origin of Poles” tells the story of a kind of nationalistic megalomania, which finds its release in the myths about ancient Poland, touching upon the problem of post-truth, which is increasingly entering the realm of historical studies.  The painting depicts an unspecified ritual (perhaps the baptism of Poland) placed in the ancient scenery of mountains and forests. The scene is inspired by fantasy aesthetics and the content of pseudo-historical books, such as Slavic Kings of Lechia, which are increasingly becoming bestsellers on the Polish publishing market

Featuring works by a group of accomplished, and mostly young, Polish artists who deal with current social issues, this exhibition is an attempt at analysing the current dispute over various signs and symbols and the associations they evoke. The viewer is exposed to the universal, though latent, conflict over the right to interpret history. The exhibition is curated by Ada Piekarska.